From the Field: A Story from Joel

About True and Essential Meats and how Polyface fits in

As a teenager in the early 1970s, I sold farm-processed beef and pork at the Staunton Curb Market. These animals never left the farm; we handled them from field to final customer. We didn’t haul them up the interstate; we just did them quietly right here on the farm, put them in packages, and handed them to our customers.

Those days are long gone. In order to legally sell your beef and pork today, those animals must leave the farm and go to a government-inspected facility. As the regulatory environment increased, the number of these neighborhood abattoirs decreased. By the 1980s, none existed in Augusta County for Polyface to use; the nearest one was in Harrisonburg, about 30 miles north. 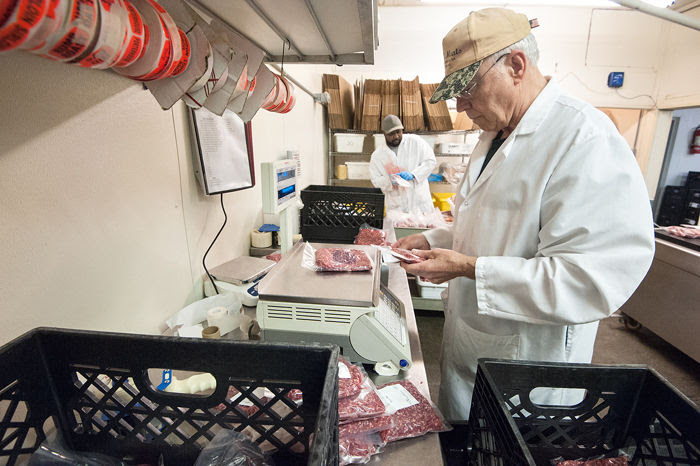 Tommy and Erma May owned and operated T&E Meats in Harrisonburg. Although Tommy did not go to school past the 8th grade, he was business savvy and shepherded the small abattoir through those decades of increasing government regulation. When Polyface began marketing to restaurants and offering individual cuts (T-bone, pork chops) in the mid-90s, T&E became our lifeline to legal direct marketing.

By that time, Tommy and Erma were already in their 60s. By 2000, Polyface was their largest client for custom processing and we developed a close friendship. As Tommy and Erma hit their 70s and Polyface became more dependent on T&E, their age became a point of concern. What was the succession plan? What if one or both suddenly passed away?

Teresa and I took them out to dinner one pivotal evening to talk seriously about the future. As a result of that summit, we realized there was no succession plan. The plant would die with them. Immediately I began seeking a buyer. For the next decade, everywhere I traveled, I’d ask: “Does anyone here want to buy an abattoir?” I took many potential buyers up to meet Tommy and Erma, tour the plant, and talk about the future. Meanwhile, Tommy and Erma hit their 80s. Still going to the plant every day. Still paying the bills, but definitely slowing down.

Tommy spilled some hot water on his foot and was laid up for a couple of weeks as the severe burn healed. I was becoming desperate. Finally in about 2010 Joe Cloud entered my life. He was a landscape engineer whose parents owned a farm in Fishersville. Living in Seattle, he was ready for an entrepreneurial opportunity, especially one that would enable him to get closer to his aging parents and care for them. He said he would buy T&E Meats on one condition: that Teresa and I would join him as partners.

By this time, Polyface was nearly 35 percent of the T&E business, and he was afraid that if our family did not put skin in the investment, we might jump ship if someone built a closer facility. Of course, his fears were justified. During this time, we had pursued many options, including building a facility here in Augusta County. The partnership arrangement seemed to be the best insurance that this plant could stay open to serve not only Polyface, but other farmers in the area. To honor Tommy and Erma’s legacy, Joe and I decided to keep the name T&E, but changed it to stand for True and Essential Meats (that’s the official and unabbreviated name today). 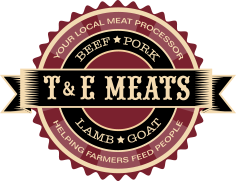 In 2011 we organized a purchase through the Salatin-Cloud LLC partnership. Finally, Tommy and Erma could retire and know that their life’s work would continue. Needless to say, during their waning years, the plant was not upgraded: floors, electricity, boiler, wastewater, corrals. Rather than getting any investment back, the partnership has used every dime of profit to modernize the infrastructure, including the work force. At time of purchase, 12 of the 19 employees were more than 70 years old.

I joked that we had just purchased the most geriatric abattoir in the country. Joe immediately assumed responsibilities as general manager and the Salatin component became a behind-the-scenes partner. The business was bleeding red. Over the next three years we eliminated what had once been a profitable wholesale delivery component. Then we eliminated the retail meat counter. Focusing completely on custom meat fabrication for local farmers, we gradually transformed the business into a new vision: the nexus of the local meat processing value chain.

As the old guard retired, we replaced them with younger and more innovative folks. Instead of being the cheapest place in town, we aspired to be the best place in town. Major upgrades created new opportunities and

new efficiencies so that today Polyface has shrunk to just 20 percent of the client business and instead of serving only three local brand name farms, we service nearly 100. To say that we’ve grown the local food system and

enabled many farmers to access their neighbors would be the understatement of the year. But now what?

For the first time, rather than taking the raw product out the back door and sending it to further processing facilities, we can do this in-house without any additional carbon footprint. Logistics alone make this a fantastic project. But by keeping further processing in-house, it minimizes the chance of contamination and what we call “oopses” in the value chain. It will offer you, our valuable and loyal cheerleaders, more convenience and ready-to-eat

options. That, in turn, should stimulate sales, which means here at Polyface we can be more economically viable, ultimately touching more land with healing and germinating additional land-caressing farmers.

Thank you for being part of that. We couldn’t do it without you. Here’s to more healthy eating and land healing.